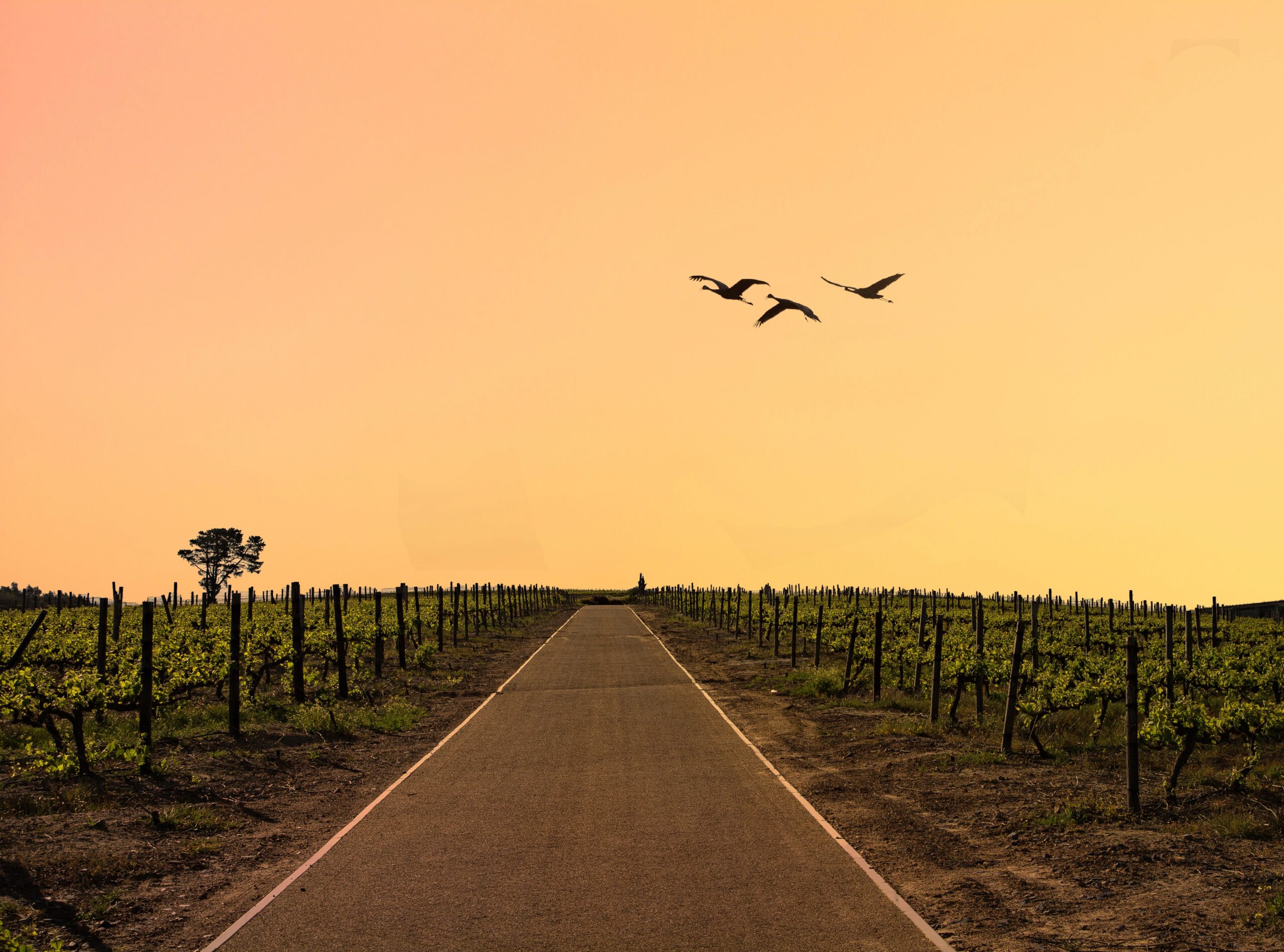 Thanks to my association with NaNoWriMo, I’ve made some amazing writer friends. The bond with most has only strengthened over the years. Not only have they taught me to how to write better, but also how to be a better person.

Among the many friends, Mira Saraf has been an amazing influence on me. Her writing skills are unique as is her perspective on most things. We often send each other our writings to critique. It was after one such exchange that I requested Mira to drop in on Wandering Soul Writer for a guest post.
Here’s Mira talking about what may seem as ‘random‘ things until you realize the powerful lesson that’s hidden in her words.

So, over to Mira, without any further delay –

I’ve been on a post-independence Indian history reading spree lately and have been reading a great deal about the infamous License Raj. The stories on these pages reminded me of my childhood, and all the things that I was aware of, but took at face value.

My parents moved back to India from Canada in April of 1984. Indira Gandhi was still very much alive, and there was almost no private enterprise. I was three years old, and our entire nuclear family unit: my father, mother, and three-month-old baby brother, squeezed into a single bedroom in my grandfather’s South Delhi home.

We are all Canadian passport holders which meant we spent a disproportionate amount of time at the Foreigner’s Regional Registration Office (F.R.R.O.) filling out loads of paperwork. There were no Person of Indian Origin (P.I.O.) or Overseas Citizen of India (O.C.I.) schemes back then, so we made do with visas and tattered sheets of paper filled out by hand, that served as our residential permits.

My father travelled long distances in clunky ambassador cars without air conditioning, while my mother struggled with bringing up two children, and adapting to living in new circumstances where she didn’t work and had limited mobility.

Our electricity supply was often patchy. Besides our daily load shedding of approximately one hour, which were planned shutdowns, we had the nearby jhuggi colony “borrowing” from our power lines. This was done ingeniously, through some jugaad involving a wire tossed over the power lines. I may be getting the details wrong, but it was definitely something along these lines.

As a result, of course, every once in a while, something would explode, and our lines would be down for hours. Inevitably these breakdowns would occur in peak summer, in June, when temperatures were in the 40s.

When things got really bad, my father would visit the Delhi Electricity Supply Undertaking (and an undertaking it was!) also known as D.E.S.U. office. He stood there, along with other hapless and sweaty residents, because D.E.S.U. didn’t answer their phones with much regularity.

They had a very laidback approach and didn’t bother much with activities such as fixing things or caring about customer complaints. Things would get fixed when they got fixed, so long as nobody had to skip a meal or a nap.

We had a generator, but it was rather moody, and did not run our beat-up air conditioners. We were either out of diesel or it just didn’t start. When it did work, we tried not to run it for too long, lest either of the two aforementioned calamities occur.

We would lie still under our ceiling fans, and try not to move, because that would just generate more heat. A few nights we went upstairs to the terrace because the outside air, free from the sun’s angry blaze, was more comfortable.

Our circumstances were not extraordinary by any stretch of the imagination. We were not poor, we were reasonably comfortably off, it’s just that our standards were quite low because these were the realities.

Although I coveted my overseas cousins’ access to chocolates I’d never even heard of, pretty stationary (I really coveted that) and all the fast food chains you could imagine, in my mind this was India, and this was just the way things were.

I had pizza for the very first time at Nirula’s sometime in the late 1980s. I had heard so much about it, but for all my curiosity the taste was anticlimactically average: very heavy on the tomatoes with flavourless gooey and, I’m guessing, very processed, cheese. That said I didn’t mind it and I do think I ate it with reasonable frequency.

My father used to travel to the Middle East often as he worked with suppliers there, and he would return with such an exciting array of stationery, toys and cute things that we could not get locally.

It was always a treat when he opened his suitcase, and it atoned for the fact that he would just be gone for long stretches at a time. I particularly liked the erasers because they were so much cleaner than the ones we got locally and didn’t leave those lead-hued smudges in their wake.

The Indian economy started to open up in the early 1990s. By the time we had built bedrooms upstairs, replacing an old terrace, and Arjun and I had a room of our own. Television was not a large part of our lives, and until this point, we would content ourselves with watching old VHS tapes of Sesame Street and Mister Roger’s Neighbourhood that my parents had brought back from Toronto.

We got cable television around this time. With Star TV came the opportunity to develop addictions to some truly terrible soap operas about 20 or 30 years behind where they were in the United States.

In addition to my fascination with shows like The Bold and the Beautiful and Santa Barbara, I was now exposed to many other programs, though some of them were shut down by our parents for being “not appropriate for children.”

Later on, towards the mid to latter part of the decade, I developed an affinity for music television – which is why 90s music will always be my favourite. I watched hours of MTV and Channel V and knew many of the popular pop numbers by heart.

I remember KFC’s first innings where the Delhi store was shut down because of two flies (not dirty enough!) and the Bangalore store was trashed. I remember how excited we were when Lehar Pepsi came in, though truth be told I really couldn’t tell the difference between the new entrant, and its two cola rivals: Campa Cola and Thumbs Up. All I do remember is the glass bottles that somehow always tasted better than what came out of a can.

When I finally visited a Baskin Robbins for the first time, I understood the inspiration for Nirula’s 21 flavours branding. I remember not ever being able to rent videos from a legitimate shop; there was always a collection of pirated ones from the West, where you would see shadows holding popcorn tub shaped items moving across the frame from time to time.

McDonalds came in 1996, with no beef or pork, but a lamb burger (which they sadly discontinued), and a full vegetarian selection.

Fun fact: my father and brother were the first customers at the one in Basant Lok, which I believe may have been the first in the country. These were exciting times.

Sometime in the midst of all of this, our old worn out theatres started to get facelifts – and look more like ones that my relatives visited abroad, but up until high school, movies came to us months to years after their western release, which, to be fair, may have been common for many countries at that time.

I left India in 1998 after graduating from High School. When I arrived in Montreal, I was enamoured by the North American availability of well, everything. I remember being so excited to buy Tropicana juice in a grocery store and having access to all sorts of things I had never had before. The sheer number of flavours of things was overwhelming and thrilling.

Though I visited every year or two, it was only when I moved back at the end of 2013 that I noticed how much it had changed. Of course, it would have changed: I had been away 15 years.

When I first considered the prospect of moving back, I wondered about the conveniences or brands I would miss when I returned. It turns out there was very little I’d have to sacrifice, power cuts are more the exception than the rule, and though I do miss having people show up when they say they will (carpenters, plumbers, deliverymen etc.), the move was much easier for me than it was for my parents.

But then when I think back to those days, uncomfortable, hot, with water issues and no access to anything – how much pleasure I got out of biting into a cinnamon pop tart, when my mom first found a treasure trove of imported items at I.N.A. market, and how we used to go with her to ogle at all the things we hadn’t previously been able to buy.

These were so many small joys that I’ve now lost sight of: the visits to the tiny bookshop in C-Block Market, Vasant Vihar, the chocolate tarts at India International Centre, that Nirula’s Hot Chocolate Fudge Sundae, renting movies from a small selection of recordings of dubious origins at our neighbourhood shops, and dipping bread into plates of condensed milk.

I often wonder if I’ve become jaded, where now easy availability of things that were previously so precious, has made me appreciate them much less.

I would not go back to life in the 1980s out of choice of course – I’m happy to have the conveniences that liberalization has brought. But once in a while when we’re frustrated and depressed by our own lives, it is worth remembering that there was a time that even the reasonably affluent, made do with much less than we have today. Not because we could not afford it, but because it simply wasn’t available.

I try to remind myself of these little things, because they are truly blessings, and certainly not to be taken for granted. If I could be happy then, then there’s absolutely no reason I cannot be happy now.

Thank you for that insightful story, Mira! You’ve managed to send me back into my childhood memories too. The little but important lessons that can emerge from our childhood days can hold us in good stead even today. Mira Saraf was born in Canada, grew up in New Delhi and has lived in Singapore, Montreal, New York, Florence & Toronto. She works for a family business, and is an avid reader, semi-professional day-dreamer, formerly-closeted Instagram poet, inconsistent runner, world traveller (lately more often in her imagination), clumsy yoga enthusiast, foodie, and writes to maintain her sanity.

Catch her on her blog – Scribblemarks

Did you enjoy Mira’s story? Do you have any such childhood anecdotes to share? What have your learnings been as a child? Share your thoughts and views using the comment box below.