Posted at 03:30h in From Around the World by Piyusha Vir 0 Comments
0 Likes
Share

Below is an article that I co-wrote with my friend and co-author in Mock, Stalk & Quarrel – Tanushree Ghosh Dhall – for Huffington Post.

In conflicting and confusing political climates, what becomes vital is having a voice. That is the most privileged avenue we have as humans to help us make sense of anything by understanding each other. To help us dissect and dissent. And that is why stories told are so important – when we hear an alternate point of view directly, as news or opinion, we often confront. But when we read a story, especially a satire – viewpoint shared from another narrative – we stop to digest and are often left with some lingering questions. We either feel validated in what we believe or are forced to question.

The second blessing is of re-assurance. The mornings after Nov 8 was hard for me like it might have been for many other. Turning on Stephen Colbert, and listening on to Trevor Noah – helped me believe that things will be OK. That is why political satire and comedy has been so powerful in places where there is a tremendous censor on media like Egypt post the Arab Spring revolution.

Looking back at motherland; India, I find more fodder to stress this. Political climate there is much more chaotic, and the choices are often harder. For example – I resisted supporting a Narendra Modi lead Govt. with every fiber in my body in lieu of ethics (history can’t be denied or declined) – but I not only was unable to identify any alternative that showed promise in fostering development of the country, but also felt an ambiguous, yet genuine will of getting things done in an atmosphere which had become stagnant for too long. In such a climate, it is hard to censure, criticize, or attempt to face or show the mirror: censorship and retaliation can be significant and life impacting – is even more vital. Vigilantes on guard are needed – vigilantes who need to be able to question and make other question and not get killed in the process.

2016 has been a year of political chaos worldwide. A year of hard choices – a year to really understand who we are – as nations – as the human race – and as individuals. From the Syria and refugee crisis to Brexit, Trump, and demonetization. 2016 has had the world making the wrong choices in most cases and the lack of reward for the right ones (talking about Germany and Angela M). So 2016, and the year following needs active soliciting political points of view in the form of storytelling and humor.

I solicited, therefore, Piyusha Vir – humor writer, travel blogger, and my co-author in the satirical anthology – Mock, Stalk, and Quarrel – to depict to us the value and challenges of this via examples using India as a case study. 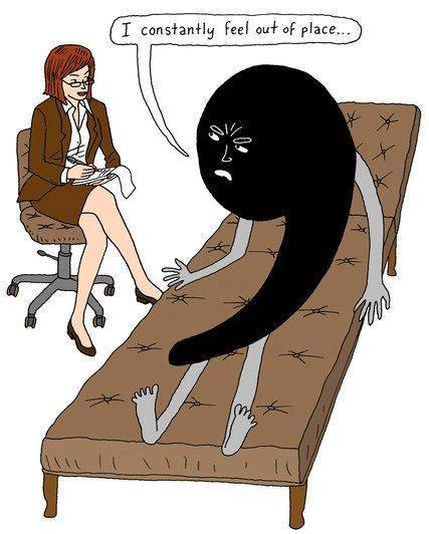 Literature in India has mostly focused on genres like mythology or history. The other genre that has flourished, albeit more quietly, is Satire. Satire is the form of humor that not only makes one question systems and policies but also ponder on our own role in it and encourages an expression of opinions.

Khushwant Singh is till date India’s most loved satirical author. His column ‘With Malice towards One and All’ in a leading English daily was a highly popular series and a scathing commentary on all things political, social, and religious. Today, satirical writers like Bachhi Kakaria, Jug Suraiya, Neelam Kumar look upon him as their inspiration.

And while Satire itself isn’t new, it is being increasingly used as a tool to induce humor in what may otherwise be considered sensitive, offensive, and inflammatory. The world over, Satire is used in cartoons, articles, short stories, and graphic images to bring out the voices that are non-conformist and thought-provoking, sometimes, even in the face imminent danger to the creators of the satirical piece.

Countries like Iran, Egypt, Lebanon, Libya, Syria, and Iraq have their share of satirists openly mocking terrorist organizations, corrupt governments, hypocritical politicians, and autocratic decisions. They often use the medium of TV, and the popularity and safety of the internet to shield themselves from the wrath and scrutiny of the authorities. Social networking sites have proved to be another medium where such writers are finding an outlet to their expressions through sketches, writings, cartoons etc.

However, satire comes with its own set of challenges. It can easily be misunderstood and labeled derogatory if the message does not get communicated effectively. Not only that, what many be satirical to some may easily be offensive and discriminatory to another. There is also the danger of offending influential people and/or entities that may not take kindly to being mocked at. One such prime example is Charlie Hebdo – a satirical publication that was subjected to terrorist attacks – as a protest against the content published in their magazine. But the attack on Charlie Hebdo, though widely known, isn’t alone. There are been similar attempts at other such publications, including the hugely popular Turkish magazine Penguen, to quieten such voices, sometimes with devastating results. It is commonly accepted fact that satire is tolerable only when restricted to certain limits. Similar such incidents abound on home turf too. The AIB regularly courts controversy for its offensive language and attacks on popular celebrities. As a consequence, most satirists either curb their expression- restricting it to less controversial topics or seek refuge in safer havens.

Indeed, the issue of free speech is a delicate one and the difference between freedom of speech to encourage expression or being provocative is a thin line easily crossed. Some of the earliest satirists – Plato, Chaucer, Voltaire hid their satire well and yet often courted controversy for their criticisms of religion and politics. A recent and yet widely popular piece of fiction is Jonathan Swift’s A Modest Proposal. His more popular and now considered a classic – Gulliver’s Travels, is a scathing satire on human attitudes, pride, and travelers’ narrations of their trips.

Sometimes, the satirical piece may make you laugh. But more often, its purpose is to shock you, anger you, make you sit up and take notice of the issue it addresses. As writers, we often come across Satire hidden in writing advice. It not only makes us smile but also drives home the point like nothing else would. And that is the impact of Satire.

Do you think Satire is a critical tool in today’s times? What is your favourite satire read? Do share your thoughts and opinions via the comment box below.