There is no denying that there is an increase in sexual awareness all across the world. Urgent calls to indulge in healthy and open discussions around sex are being made across the world — online and offline. Incidents of sexual abuse are more vocally being condemned, while at the same time, there is more focus on good sexual health.

It becomes imperative that for us to understand its impact, and analyze our own role in it.

The chance presented itself as an interview of Aditya Gautam, author of the recently released – PORNISTAN, published by Readomania. I decided (after excusing due hesitations, no thanks to my conservative mindset) it was a wonderful opportunity to better understand these trends and the causes and other deeper issues that are at play.

Q. Let’s start with the most obvious, most cliched question, even at the risk of brickbats. Why does the country that gave the Kamasutra, maintain its double standards when it comes to the topic of sex. Why do you think this ‘attitude of disassociation’ exists? And how do we tackle it?

Aditya: The land of Kamasutra has long gone. Religious dogmas and the patriarchal mindset have been controlling and subverting the sexual discourse in this part of the planet for hundreds of years now. ‘SEX, oh my god, did you just say SEX!’ is the environment we have all grown up in.

The people in power (religious heads, kings, our British rulers, and now our politicians) needed this control over our sexuality, or let’s just say they had zero incentive to change these dogmas around sexuality.

Soon after World War II, the western world went through a sexual revolution. Relative peace around the globe, contraceptive pills, the women’s rights movement and many other factors began playing their part and sex was being discussed more openly, women were having more of it, and pre-marital sex was becoming acceptable. All this happened while the Indian subcontinent was busy trying to deal with the mess that came after independence.

It is only after liberalisation, globalisation and the Internet that we citizens of the subcontinent could start our very own sexual revolution. Hopefully one day, we will live up to our reputation as the land of the Kamasutra. One day!

Aditya:  Lust is a relatively straightforward concept- ‘the desire to have sex’. When all those hormones flood your brain with an urge to have sex. ‘Love’ on the other hand is an extremely vague word. So I will have to evade the first part of this question.

Aditya:  The impact on youngsters is what I was most shocked about while researching the book. Anyone who is over 30, or 25, does not understand the level of impact free access to the internet is having on today’s kids.

Pornography impacts a young mind quite differently to how it impacts an adult. There are many aspects to it- how it stimulates their brain more, how it overrides self-control, changes their perception of sexuality. In the book, I describe in detail the impact and break it down into various aspects of it. 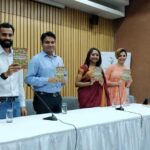 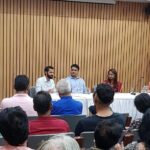 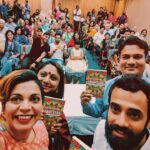 Aditya: Anything that stimulates your reward centres and releases dopamine can potentially be addictive. Addiction is of two kinds – substance and behavioural.  Substance addiction we recognise easily, someone who is addicted to alcohol, to cigarettes, to chocolates. Behavioural addiction is hard to spot. There is no denying that excessive use of pornography can be addictive, a form of behavioural addiction, but there is a lot more to it. Pornography and how it impacts the brain is a lot more complicated than how chocolates or alcohol impacts it.

Q. Let’s discuss your book, Pornistan, now. What made you write it?

Aditya: Pornistan is a book I wish I had read many years ago. I have been on a journey to understand more deeply the impact of internet porn on my own life and had always documented my findings. Since the past few years, the thought of turning my findings into a book had started crossing my mind. Last year when I decided to take an extended break from the fiction book that I had been writing, I got working on Pornistan, and before I knew it, I was engrossed in writing the first draft of the book and soon after that the second and the third and the fourth, you know how it goes 🙂

About adding to the hype, I don’t think anything of value can be written without a possible risk attached to it.

Q. What is the biggest outcome you hope to achieve from this book? Why should a reader pick it up?

Aditya: If I can positively impact one life with this book, all that effort, time and money were worth it. I am already getting some overwhelmingly positive messages from people reading the book; it has already touched a nerve. Many online news channels have also started picking up this topic since the release of the book. Let’s start pushing for comprehensive sex education in schools, and at home, that is the biggest message of the book.

That’s true. And I’m sure this risk will pay off. Wish you immense success with the book.