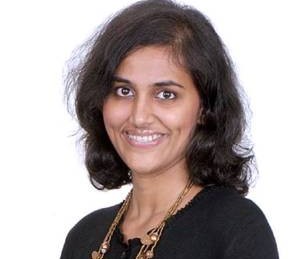 Beauty comes in all shapes and sizes. Colours, too, for a country that’s obsessed with being fair and slim, the definition of beauty is a tad stereotypical. And yet, there are people who smash the stereotypes on their heads and redefine all concepts and ideas of beauty.

In the recent couple of years, as a result of a conscious effort, I’ve come to interact with such women- women who are change-makers for they constantly try to, no succeed at making the world a better place just by their actions and words.

For me, the word ‘beauty’ is synonymous with such women. Shining examples of grit, strength of character, and a heart that’s full of love and compassion, they are incredibly beautiful and a source of tremendous inspiration to others.

Among the many amazing women I know (and there are many!), there are a few who have influenced me deeply. Acid attack survivors, social activists, writers and authors, feminists, entrepreneurs, and women who make a difference by big and small initiatives.

But, among all these names, there is this one lady whose unwavering efforts to be a catalyst of change even spurs others around her into action. She is an achiever- juggling multiple hats, as an activist, story-teller, artist, and a social entrepreneur while fighting for the cause of gender equality. I am an unabashed fan of her work and the person she is. I’d like to use this opportunity to share her story and what she means to me.

Her name is Kirthi Jayakumar. But that is not what her classmates called her at school. She was called ‘King Kong’ or ‘Queen of the Planet of Apes’ – on account of how her appearance was perceived.

Up until the age of thirteen, Kirthi had been subjected to multiple instances of sexual abuse at the hands of known and unknown people. With the threat of dire consequences, Kirthi was willed into silence. She grew up to dissociate with her memories, blocking out much of the things she faced in her childhood.

While growing up, Kirthi was taught to constantly help the world around her. An ordinary day would be spent involved in social work – planting trees, or playing with children in orphanages, and reading to residents in an old-age home. Dreaming of chasing a career that would help her continue using her efforts to help people, Kirthi had decided to become a doctor. But a course as expensive as medicine seemed like an unfair burden for Kirthi to put on her parents’ back. Kirthi decided to take up law, instead.

Daily incidents of bullying at school made her a reclusive child. She grew up to be a quiet teenager who would keep to herself and turn to her books for company–earning the term “nerd”. Needless to say, it led her to become the butt of all jokes at school. Add a dollop of discrimination based on skin colour, and not conforming to the generic idea of “good looks”, and you have the perfect formula for someone to bully.

The next two years involved a lot of subtle violence that Kirthi was subjected to. She was constantly bullied – there were some who took it on themselves to give her a hard time: from asserting that she needed “pretty pills” to threatening her with attacks, the incidents and forms of antagonism were many.

Kirthi finished her Law school and decided Law wasn’t for her. Just the whole idea of courts taking years and years to deliver justice and people being suspended in a procedural continuum felt unacceptable to her. The endless queues outside courtrooms were like the proverbial last straw on Kirthi’s law dream’s back.  Instead, following the advice of a UN Peacekeeping Officer, Kirthi began working for the grass-roots with the UN Online Volunteering system.

She soon turned to freelance journalism and within no time was writing for all leading publications including Femina.

Her relentless efforts in peacebuilding and gender equality in the two years (from 2010-2012) won her many accolades including the US Presidential Services Medal and two United Nations Online Volunteer of the Year Awards. Her work as a volunteer, researcher, and freelance writer gave her the opportunity to work with various organizations and countries, even making her one of the first few people to successfully use social media for social causes. One of the highlights of her volunteering work is the opening of the first school in Nigeria, during her work with Delta Women, a women’s rights NGO in the US and Nigeria.

December 16, 2012 marked a turning point. Synonymous with the horrific incident in New Delhi, the day came to mean a lot for the country’s feminists. On December 17, 2012, Kirthi was receiving her award but not without the feeling of hypocrisy gnawing at her on the inside-a girl was battling for her life after being raped in the capital city of her country. A fall and a bumped head the next day was the final trigger that unleashed all the dissociated memories from the annals of her mind. Her first expression of these incidents went to her mother, who immediately cast her “mom-cape” aside and stood by Kirthi in absolute stoicism, working with her as an alternative healer, to help her heal.

Her mother told her two simple things: One, feel all that you feel, because you haven’t felt it all these years. Two, whatever you decide, you have my absolute support– if you want to do nothing about this, do nothing; if you want to turn this on its head and do something, do it. Either way, every choice will come with its consequences.

Kirthi began the process of healing by allowing herself to first feel the pain completely. She let the grief wash over her. After six months, Kirthi had a plan. The acceptance of what happened to her and the understanding that those who bullied or abused her themselves had their own issues, led her to forgive them. Writing was cathartic. It helped Kirthi heal. In 2013, when Kirthi wrote her story for the first time, some of her former bullies wrote to her with messages of solidarity and asking for forgiveness. Realizing that her story had been able to heal her, she realized that she had a model to make change happen. She founded The Red Elephant Foundation on June 5, 2013 – on the day of her mother’s birthday. Till date, Kirthi has worked with more than 2000 children and youth, and has successfully brought down classrooms with 80-100% bullying rates to 0.

Her inspiring story doesn’t end here. For there are many hats that fit Kirthi’s head perfectly. The award-winning activist is also an entrepreneur (She started The Red Elephant Foundation in June 2013.) and author of multiple books – non-fiction and fiction.

The Red Elephant Foundation started as a direct result of her desire to bring her work to communities around her, and look for solutions rather than lament the same complaints and ask the same questions. Desperate to put a stop to the ‘we are like this only’ attitude she saw around her, Kirthi began to spearhead a movement through story-telling and discussions, and in the process encouraged conversations on topics that were taboo. After the discussions, came the real challenge.

How could she convert all this talk into meaningful action? Kirthi began focussing on effecting change through research, awareness campaigns, and interactive as well as educational workshops.

But the impact of all the efforts would be observed only in the future! What about the present?

That was when Kirthi began earnest efforts to address the issue of gender-based violence. One way was to provide them with assistance and resources in order to help them escape the violence. She worked on developing a web-based app to provide survivors of gender-based violence the necessary resources and services they may need. When all efforts to hire an external coding team to put together an app she had envisioned for sexual abuse survivors failed, Kirthi was hugely disappointed. But the unstoppable force that she is, Kirthi taught herself to code from scratch. The result was Saahas – a GPS-enabled phone app that provides information about legal and medical facilities (apart from information on many other support resources like shelter, employment, child support) – whether you are a survivor or a bystander.

As an author, Kirthi attempts to tell stories that talk about peace, love, and hope, against starkly contrasting backdrops of conflict, hate, and despair.  Her latest book, The Doodler of Dimashq, is the story of Ameenah – a child bride who is caught in the crosshairs of war-ravaged Syria.

Kirthi’s efforts at gender equality are not restricted to storytelling or hands-on training alone. As an artist, she attempts to put the focus back on the women who have been significant in history and helped transform the future. Her art project, Femcyclopaedia, is a series of doodles that attempt to spread awareness about women achievements and contributions. Her art-work has been featured in exhibitions, websites, online magazines, and organizations including the US Consulate General in Chennai.

Her hands-on efforts to bring peace, promote gender equality, and provide tools for assisting survivors of gender-based violence are constant and directed towards making a change in the present as well as the future.

Despite the incredible list of achievements and the constant award-winning endeavours, Kirthi is humility personified. The list of awards run longer than the instances of violence and hatred she has been subjected to. A blue tick on her Twitter handle and a Wikipedia page that extols her achievements does not have any bearing on her relentless efforts or her dogged determination to do more, give more, and help more.

Kirthi’s efforts are continuous, a source of inspiration and hope, and prove her dedication towards making a change and creating a better world. As a close friend, her support and guidance has been crucial to my own personal and emotional development as well.

She truly is beautiful-not just as someone with a good heart, but as someone who walks the talk, and inspires others to walk the same path of love, compassion, and empathy as her.

For me, she will always be the ‘Queen of the Planet of Compassion’.

I believe every woman has TRUE BEAUTY within her in all the roles she plays. For over 18 years across 650 plus salons across the country, Naturals has been helping the Beautiful Indian Woman get more Beautiful.