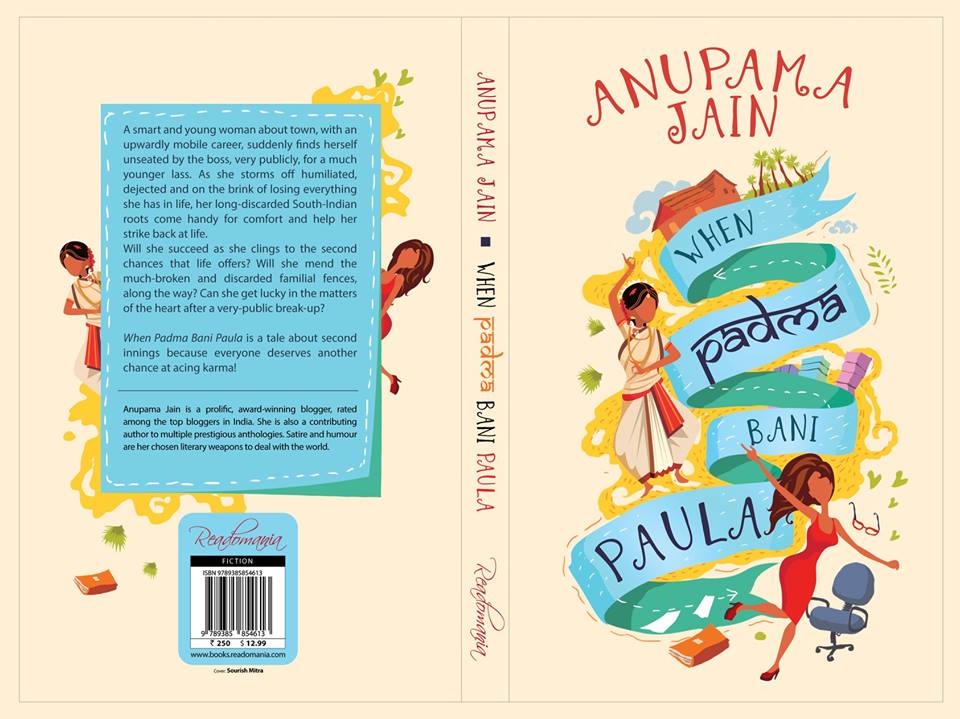 When I first got to know that my fellow author in Mock, Stalk and Quarrel was coming out with a full-fledged novel I was obviously thrilled for her. What added even more to the charm of the book was that it had initially been a short story which was later expanded to a novel. When I got to know that, not only was I stumped, I was also reminded of my own experience of writing a novel and expanding it from an earlier shorter version. It’s not easy, I thought to myself. And full kudos to Anupama Jain for doing it, and doing it successfully.

Knowing well her brand of humour, and being familiar with her impactful satirical writing, when I started reading, a smile invariably made its way across my face in anticipation. And the opening sentences kept that smile intact.

Early on, you realize that the chapters are arranged alphabetically- a unique and intriguing way of keeping the reader invested in chapter names even! I particularly enjoyed this because while the name itself was intriguing, it also keeps the reader guessing as to the contents of the respective chapter.

The story oscillates between narrating Padma’s story and Paula’s which I thought was brilliant till a point because it helps to know how the character’s backstory develops and leads to who and what they are in the present day.

This back-and-forth switch between past and present is also smartly done and once the story of Padma’s transition to Paula is told, the narrative switches over to the present completely. For me, that was perfectly timed because that’s all the backstory I wanted to know.

Padma’s character and the transition to Paula is endearing and reminiscent of the journey and homesickness that every new hosteler experiences. The story takes a natural flow of setbacks and high points, taking the reader on a fulfilling ride of the character’s journey.

Paula’s troubles at the office and Padma’s escapades at the college make for an engaging interesting read. As an office- goer, the struggles at work for Paula, and as a student – first at school and later college – Padma’s enthusiasm is presented with realistically.  The excitement and apprehension while moving to a college or the heady flush of romance and discovering your first love, followed by that mandatory heartbreak is reminiscent of every college-goer’s life.

What I loved most about this book is that the disappointments that Padma faces come hand in hand with hope and happiness too. How many times do we find ourselves at the rock bottom and the only way is up. Of course, at that time, we don’t know that there is an up at all. This makes the story of Padma (and Paula) relatable and realistic as that is exactly how real life also pans out. If there’s anything that makes one unhappy, close on its heels follows something to make you happy again. Padma’s setbacks are accompanied with life lessons and closely followed by successes.

What I also found admirable and relatable were that here there were no good and bad people. No shades of grey characters either. No scheming colleagues or bosses who were hell bent upon making your life miserable for no reason. Instead, it is a lesson in the old adage – what goes round comes round. Padma gets exactly the same treatment that she metes out to others, making all the characters equally human and real. This is a valuable lesson, that rears its head, albeit subtly, later in the story too.

Being familiar with the author’s previous works, particularly in satirical writing, I had certain expectations. Glad to say I wasn’t disappointed.

There many other instances where I was smiling to myself but I was so engrossed in reading that I actually forgot to take note. Read it and find out for yourself.

At some places, I did find the dialogues too similar but I attribute it to my familiarity with the author’s style of writing. This in no way reduced my reading pleasure or the experience of reading this book.

The best part about this book is the way the climax unfolds. For a large part, a pressing question is left unanswered or better still left to the imagination of the reader. If you arrive at the correct answer, the subsequent reveal would have you whooping with joy. Or else, post the revelation, you’d be grinning sheepishly at your folly for not seeing it earlier.

Either way, you’d end up smiling as Jain ensures the end is as rewarding as a delicious dessert after a hearty meal.

Overall, this what exactly what it promises – a  light-hearted fun read.

Grab your copy of Anupama Jain’s When Padma Bani Paula, published by Readomania, from here.