03 May Delving into the Mystery of Penning Psychological Thrillers

My relationship with Readomania is one I cherish immensely. So when I initially heard about a Crime Writing Festival I was most excited for it is a genre I had debuted as an author with. This is what every newbie as well as established writer needs, I thought.

So imagine my happiness when I found out I was one of the preferred blogging partners for the very first Readomania Crime Writing Festival! In this capacity, I have the privilege of bringing to you several bonus features that are part of the festival, like guest posts, author interviews, and sneak peeks of the live sessions.

Aimed at readers and writers fond of the crime and thriller genres, the month-long festival includes conversations with several reputed authors like Manjiri Prabhu, Tanushree Podder, Archana Sarat, and Rajat Gandy among others, and aims at helping understand the nuances of writing in the crime/thriller genre.

With author sessions lined up for every Tuesday and Thursday, the readers have a variety of aspects and topics to delve into in order to improve their appreciation for the craft of weaving suspense and intrigue into the stories they write. Along with the discussions, there is also an ongoing contest on the best ‘original short crime fiction’, the winner of which will receive an ebook publishing deal with their digital imprint, ReadoShots. There will also be book giveaways to the best question asked twice every week.

The Festival was kicked off yesterday with much enthusiasm and excitement. The first session (with many more to come throughout the month) was a highly energetic conversation with the best-selling author Sutapa Basu.

Resident editor at Readomania, author of several books, and a creative writing coach, Sutapa Basu was possibly the best author to kick start the festival with.

In her guest post on Viakat’s Blog, Sutapa shared more insights into the process of writing thrillers. She shared several examples and instances from her debut novel, Dangle.

The live chat on Twitter was a fitting start with the author of the widely read Padmavati sharing her thoughts on the art of ‘Penning Psychological Thrillers’. It was followed by a question-answer session which further saw more tips being shared.

The session itself included some very valuable and insightful tips from the editor, author, and creative writing coach.

As with writing any genre, thrillers too require immense focus, but ‘a psychological thriller requires a lot more concentration and organisation’. And yet, there are some stark differences, as Basu pointed out. ‘They revolve around abnormal psychological states and complex relationships of the characters,’ she explained.

Citing examples from popular books (including her own Dangle) and films, Sutapa explained the intricacies in building plotting and keeping the element of suspense alive.

They usually have a simple clear concept, she said, and went on to list the benefits and ways to present the plot and characters in a simple way.

Some valuable takeaways from the packed session –

The short half-hour session was filled with useful advice on character building, plot development, creating suspense, and the actual craft of writing itself.

While talking about the techniques of keeping a fast pace and how to keep the writing taut, Basu advised using short words and sentences to build the tension.

‘Think about what the reader wants; and, how not to give it to him. But give some answers on the way,’ she suggested. Shedding light on her own writing process, Basu shared how she always makes a plot structure and keeps it for reference when writing.

The session concluded with some great questions from writers wanting to better their craft. Tarang Sinha won the contest for the ‘Best Question’ for her query – ‘Pace is crucial for a crime/psychological thriller {especially}. What to avoid so that the story moves at the right pace? Thanks.’

In case you missed the live session, fret not. You can still watch it here . Do remember to join the next one too. 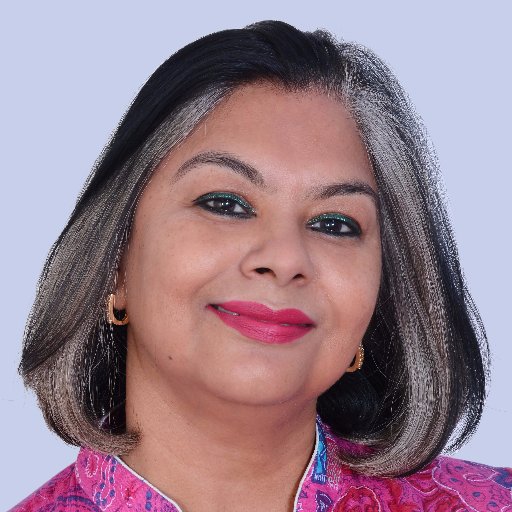 Sutapa is the author of Dangle, a psychological thriller that was widely appreciated. She is an author, poet and publishing consultant with a thirty-year-old professional career as a teacher, editor and publisher.

In 2016, her short story ‘Braveheart’ was awarded the First Prize in the Amish Tripathi contest of the Times of India’s nation-wide Write India Campaign. She has authored  Padmavati, The Queen Tells Her Own Story and The Legend of Genghis Khan, An Untold Mystery both historical fiction published by Readomania.

There are several such exciting sessions lined up. Follow Readomania on Twitter to get updates and reminders.