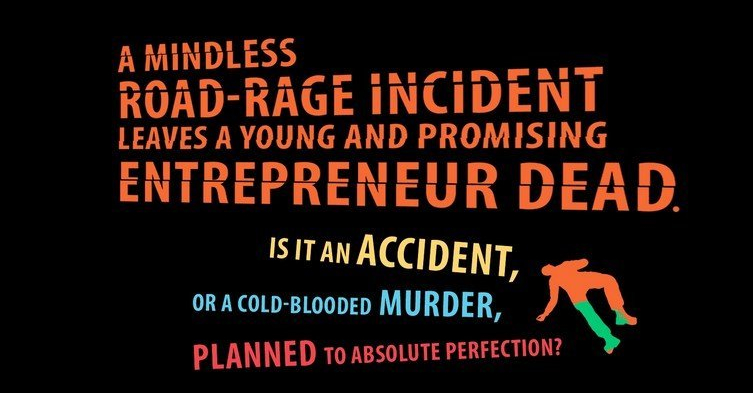 19 May Book Review – To Hell and Back By Anurag Anand

How often would you have heard the common whine – ‘It was so meant to be’ or ‘Who can fight fate?’
What if the hand that life deals you wasn’t actually one that fate had played but one that you and your choices and decisions led to?

This is the premise of Readomania‘s latest offering – To Hell and Back: Not all Tragedies are Orchestrated by Fate by Anurag Anand.

The book starts off to a zooming pace, as the scene unfolds on a busy highway of North India. After that, it is one hell of a trip that Anand takes you through.

Character traits are revealed through actions, and there is ample focus on introducing the characters through their mannerisms rather than dialogues. Each character is well etched out and would surely remind you of someone or the other around you – the annoying self-proclaimed feminist who ends up being a judgemental woman herself or the extremely supportive boss who has his own personal agendas, or even, a friend who you’ve parted ways with but who ends up being your biggest support – and you can’t help but wonder if this is indeed fiction, or instead a slice of real life.

There are enough and more feminist undertones in the narrative. The author takes care to present both perspectives – that of a modern-day woman who is a go-getter as well as a traditional woman who defends the choices she makes –  and the reader ends up endorsing them with equal conviction. Anand doesn’t shy away from making a statement on those opportunistic women misusing the name of feminism either. Shilpa’s judgy dialogues or the scene involving the female comic Kenny are instances that come to mind. It’s not just all idealism and feminism only, but a generous dose of realism as the reader discovers through the lives of Namrata and Renu – the two women who despite being a victim of circumstances do the best they can.

What I liked most was that the two parallel stories seemingly have no relevance to each other. And yet, even before the author gets to the point of intersection he already has you guessing what has transpired in the opening scene, and how the two stories shall eventually come together.

The point where the actual intersection of the two stories happens is so mundane and random that it completely swept me up in its flow. That’s what real life is like, isn’t it? You just meet someone randomly and get chatting, sometimes even end up helping them for no reason, and suddenly your lives become too entangled to remain unattached any longer.

The flashback is well narrated and helps reach the present day without ever giving away an inkling of what is to follow. Although I would have liked the climax to be more dramatic (since the build-up was quite intense) and while it did leave some questions unanswered in my mind, none were pressing enough to affect my reading experience. Even though I prefer it all to be told to me through the story, the truth is that not everything need be specified. I guess it is the author’s skill at having left some minor questions unanswered for the reader to fill in the gaps on their own.

The climax is well plotted and leaves you wondering who the victim is and who the culprit. Are people really that easy to understand? Human emotions like jealousy, fear, anger, desire, lust, loneliness are real and often drives people to make decisions that they otherwise wouldn’t, or rather, shouldn’t. Relationships and people are complicated and what are the motivations behind one’s actions isn’t something that’s easy to comprehend. It leaves you with the thought that is already expressed on the cover of the book – Not all Tragedies are Orchestrated by Fate. 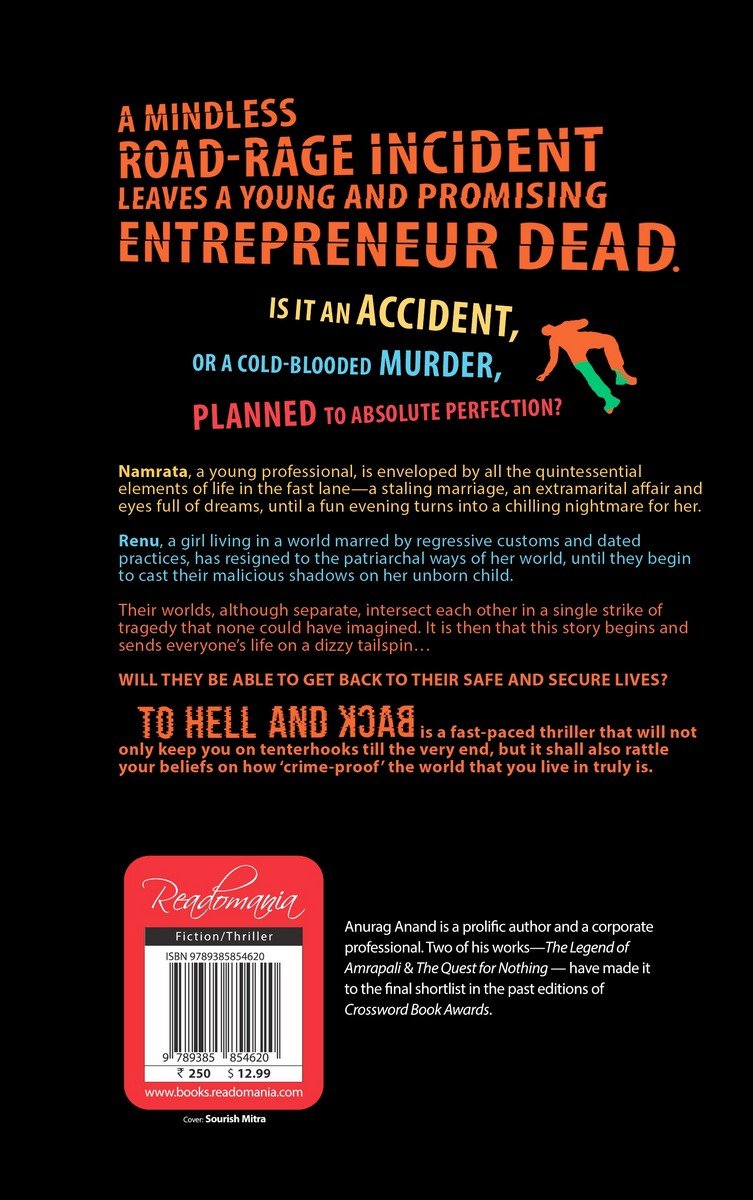 I hate that I am not able to call this a feminist book, and yet, it is a story that is dominated by female characters, their choices and decisions, and therefore, is as feminist as a crime thriller could be – and that, I believe, is Anand’s biggest feat.

To pick up your copy of To Hell and Back, published by Readomania, click here.